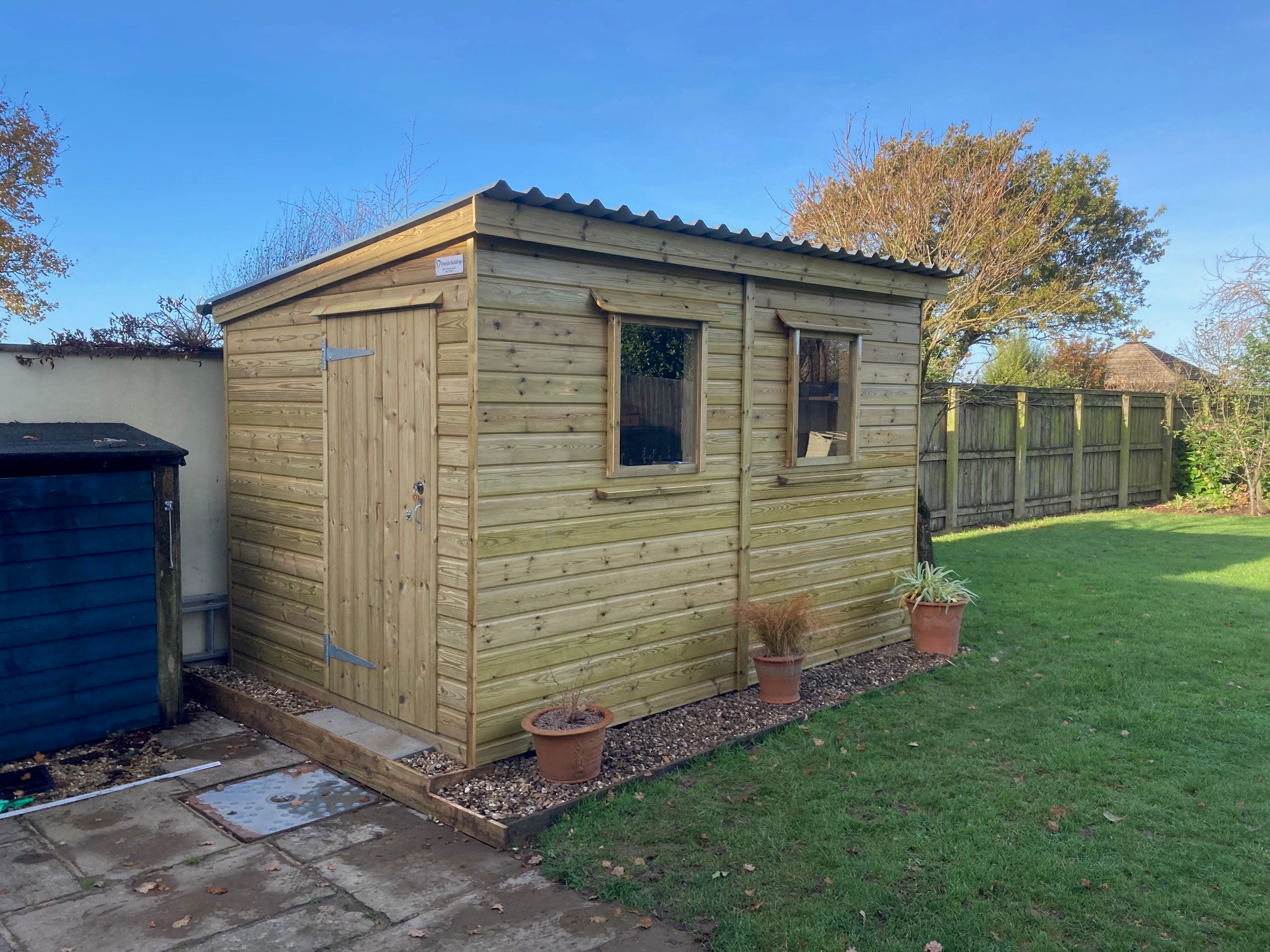 Stopped in his tracks

It’s -1 degree here in North Tawton, so it’s fair to say that no grass is growing right now.

But if it were, it certainly wouldn’t be under our feet.

Although we feel like we’re locked in a version of Groundhog Day, we’re certainly not resting on our laurels, and after a very busy January, February has started at a similar pace.

Which means plenty of quoting, building, and driving around to see customers and getting buildings installed.

And on one such trip last week, John was stopped in his tracks.

He was out in our little sign-written van, and headed down a narrow lane before coming face-to-face with a car coming the other way.

He stopped to let them go past, and to his surprise, the other driver stopped too.

For a second, concern engulfed him – could he have irritated them somehow?

As it turned out, there was nothing to worry about; the driver recognised the Shields logo wanted to let John know that we’d installed a garden building for her back in 2011, and it was still going strong ten years later!

You’ve probably heard me talk about this before, but it can’t be overstated – if you’re investing in a garden building, make sure you get one that lasts!

Getting a cheap one online is rather a false economy if you’re going to have to replace it in five years.

Make no mistake, a bespoke, hand-built one will cost you more, but as the saying goes, “You get what you pay for”.

If you’re ready to get started on your garden building, get in touch and let’s talk.

DOWNLOAD A
7
POINT GUIDE FOR YOUR PERFECT TIMBER BUILDING
Support
Planning permission
When does a timber building need planning permission? Many buildings will not need permission, but you are always advised to check first.
Read our tips and advice to get your project started.